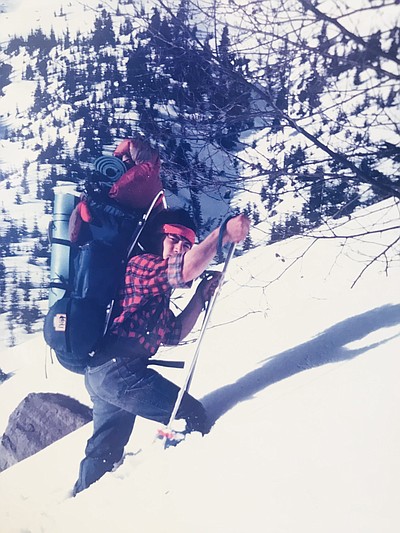 Surviving John are his parents, Vince and Anne Troccoli; his brothers Joe and Vince (Lynda); his half-sister Cynthia Wellbrock; Sam Alexander, a friend he regarded as another brother and Francesca Fitzgerald, another sister.

John lived life on his own terms. He was definitely not a conformist and most certainly a bit of a rebel. He was a free-spirited, strong individual; a genuinely good person who was always willing to help those in need. He hated injustice of any kind and this began in elementary school when he stood up for a classmate who was being bullied.

In high school he was an excellent member of the Eatonville Wrestling team...going to State and taking sixth place.

Also while in high school he worked at the family business, a weekly newspaper “The Dispatch”. He was the photographer and darkroom technician and one of the best assignments was taking pictures from the sidelines at Seattle Seahawks games. Many of John's photos, on a variety of subjects, won Washington Newspaper Publishers Association awards for excellence.
John grew up on Clear Lake where he enjoyed swimming and water skiing. It was an annual challenge among his buddies to see who would be the first to water ski each year. John did it one year on January 1st!

John was an avid mountain climber submitting Mt. Rainier many times. He accompanied Lou and Ingrid Whittaker on a trek to Mt. Kanchenjunga in Nepal and always claimed this was the highlight of his life.

He loved music and we encourage you to read the lyrics of a Rush song called “Time Stand Still”, on of his favorites. The lyrics are quite meaningful especially now.

John is now in his happy place...on top of a mountain.

Namaste John, we love you.